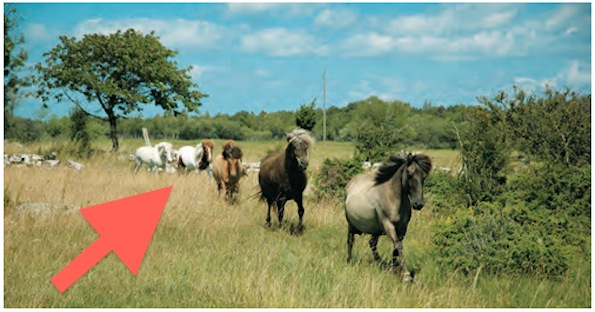 I am heading to Småland in about a month and I would really like to get my hands on 2 horses for a day. Ether on the coast or even at Öland. It can be Icelandic horses or some other friendly kind of horse which is smart and not lazy. Our summerhouse is in Timmernabben so anywhere in the region is good.

Does anyone have a good tip to share with me?

Some information I copied from Ölandsmagazinet. This part of Öland is so beautiful:

On Stora Alvaret [natural grassland on ‘alvars’ or rocky pavements left behind after the retreat of the Ice Age glaciers] on southern Öland lives Therese Fransander with a hundred or so Icelandic horses from mid-May to the end of October. Every summer several hundred stud-horses and colts come here from Skåne. Pregnant mares are able to deliver their foals in freedom, others will be covered. Since the 1950’s the number of horses grazing on the alvar meadows has declined dramatically. Large areas started to become overgrown. But through clearing and restoration of grazing during the 1990’s it has been possible to reverse this trend. In 2001, no less than 95 per cent of Stora Alvaret’s area was grazed over, a grazing that is perfectly suited for horses since it is rich in lime and contains masses of herbs.

My BF has requested the horse to be white/brown. It is not a must, but a plus. I think the first one in line looks nice.

In 1521, when Sweden during a short period was ruled by Danes, a young Swedish man named Gustav Vasa tried...