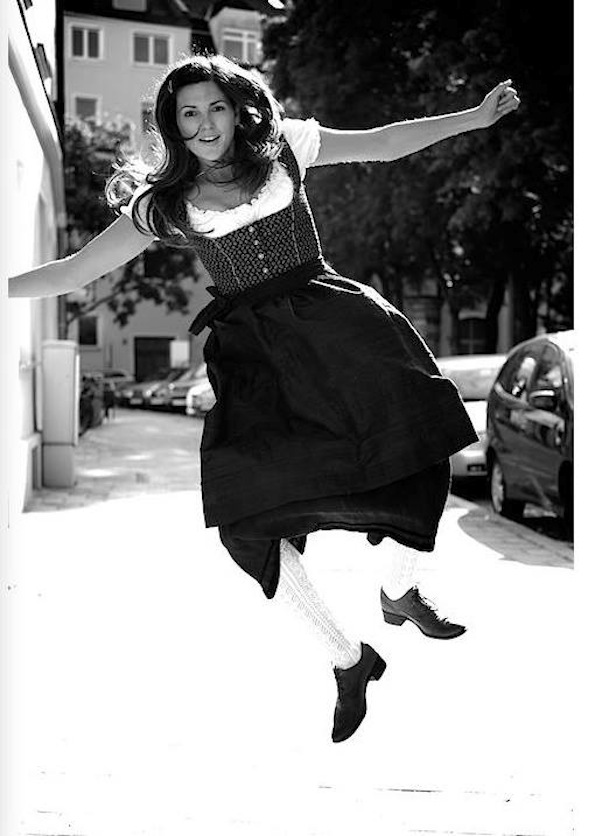 It took me 10 years in Germany before I dared to take part in the Octoberfest, also called Wiesn. I love to travel to southern Germany (amazing food culture – way broader than beer and sausage). The reason why I didn’t go was actually that I am not too found of beer.

Why  I ended up going  after all is that I love folk costumes. In fact, I have 3 german dirndl. You can imagine that I, in Berlin, do not really find many occasions to use these.

I am brought up with folk costumes. My parent married in their folk costume (as a 80′s child I was super disappointed. No white magic wedding picture on the wall in our house. Only  one of my mother with a large bouquet of wild flowers that she and my dad picked together before the wedding).

The most traditional occasion in  Sweden must be midsommar. And if I am not hanging out with my white dressed ladies eating cakes and braiding hair on a blanket in a park somewhere, I am most certainly dressed in a folk costume somewhere in the nothern parts of Sweden. My family celebrated most of the midsummers in the very traditional area Dalarna. Midsummer was celebrated in Leksand where my cousins had a house, and one of the upcomming days was the same celebration in Tällberg, probably one of the most beautiful villages in Sweden (and where my uncle is from). Midsummer in this area means, just like for southern part of Germany and Austria, a strict dresscode of Folk costumes.  Every area in Sweden has its own outfit which is more or less rich in beauty depending on how wealthy the area has been. Colors of the region is coming through in both mens and womenswear. You can imagine I love this. 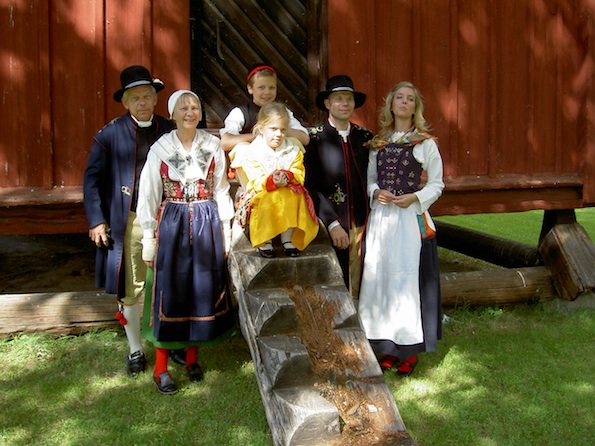 My oncle and Aunt and cousins in 2005. I am wearing the dress my mom wore for her wedding btw. 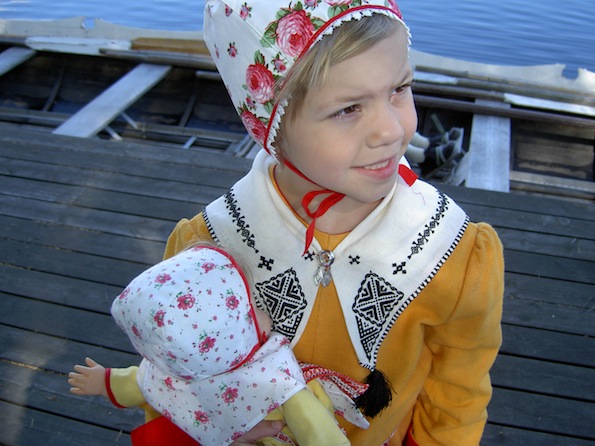 The pretty Madeleine. With doll. 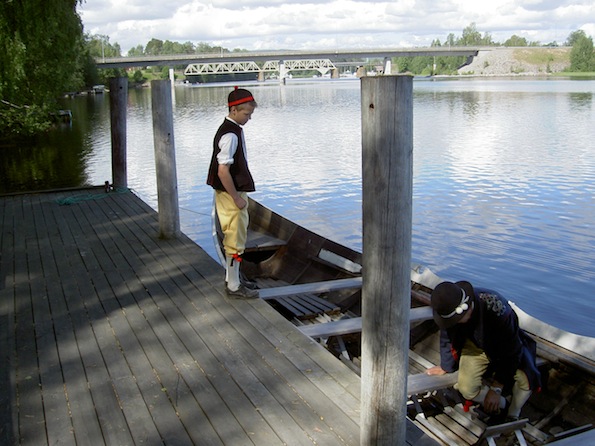 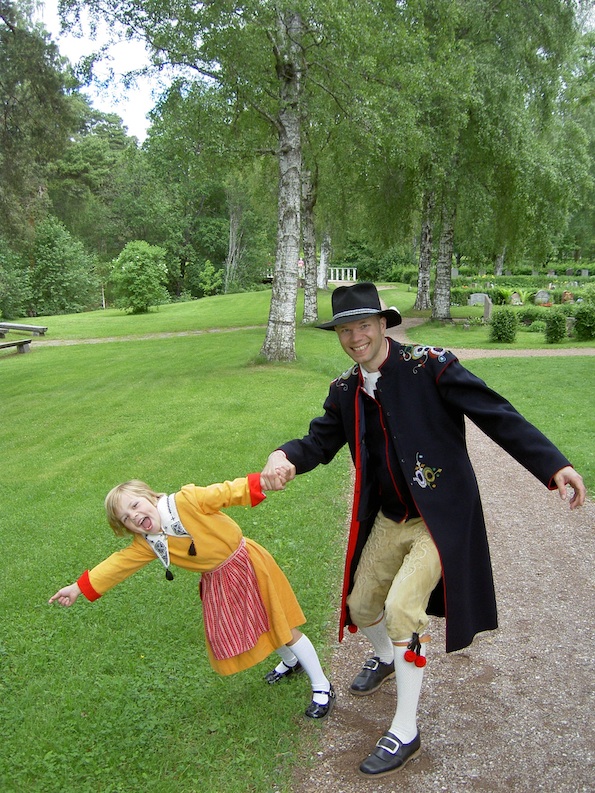 Now, there is one major difference in the Swedish and German folk costume status. In Sweden there has been no commercialization of the outfit (just google the images for dirdl and then the word tracht and you know what I mean). To wear folk costumes was simply never really cool (mom, correct me if I am wrong here… maybe it was when my parents married in Stockholm in 1979). However, If you own a folk costume in Sweden, you most likely have a handmade one from your region.

Since I am somehow a rootless soul who has been moving my whole life I always wore the folk custom from the area where my mother is from, Bohuslän. It is a beautiful coastal area in the west of Sweden which is reflected in the choice of fabric and colors in the dress. However, after living in Germany for 13 years I have started to wear a German dirndl instead.

Ok, I think you got my point by now. I like folk costumes in their most puristic form. Good.

Visiting Octoberfest for the first time was a bit of a chock to me. Many people were wearing some pimped up version of the classic beautiful dresses I knew from the regions south of Munich and around Salzburg. Materials and colors, skirt lengths and the depth of the Décolletage – None of it seemed right. I know I am risking to sound like a tradition tyranny now, and don’t get me wrong, I am all about breaking the rules. However, this was, to me, beyond tasteless.

And why would you want to destroy the most flattering dress of all dresses? The German Dirndl is incredibly beautiful in its original form.

The image below is of a dress I bought before I knew better (on top of that, in a vintage store in Paris). Way too short. Rather looks like something for a drag. —> 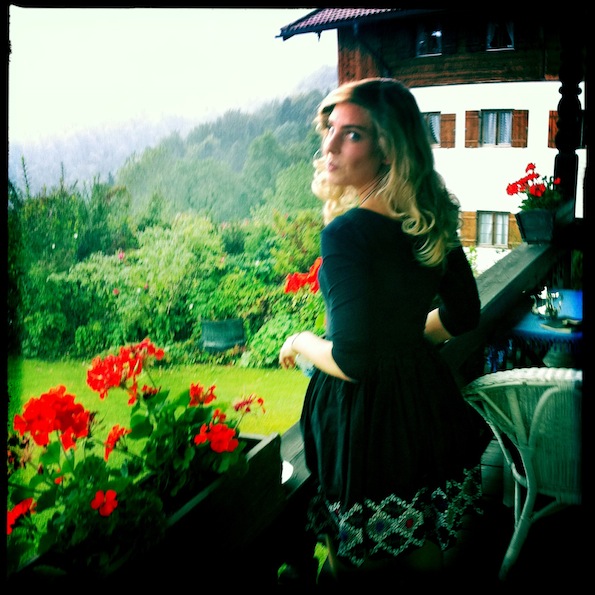 But actually, what I disliked the most was the use of heels. What is up with that??? Why would you ever wear heels with you dirndl? If you do not have a pair of traditional tracht shoes then ANYTHING is better than heels; Flats (ballerinas?), Wandershuhe or even Sneakers (my dirndl role models from Fischbachau ONLY wear sneakers). I guess it in most of the cases has been a honest attempt to look ladylike, but then all the elegance got lost. Of course there are moments when you feel it is right, and that is how it should be. However, that it has becoming the norm to use the most unpractical shoe to the dress from the fields and the forests, that is really beyond my understanding.

So what to do? When I was going, and did not have my dirdl shoes around, I picked the most classic of the street shoes; chucks. A pair of Converse might not be the most suitable of choice ether, but you can sure have fun in them. 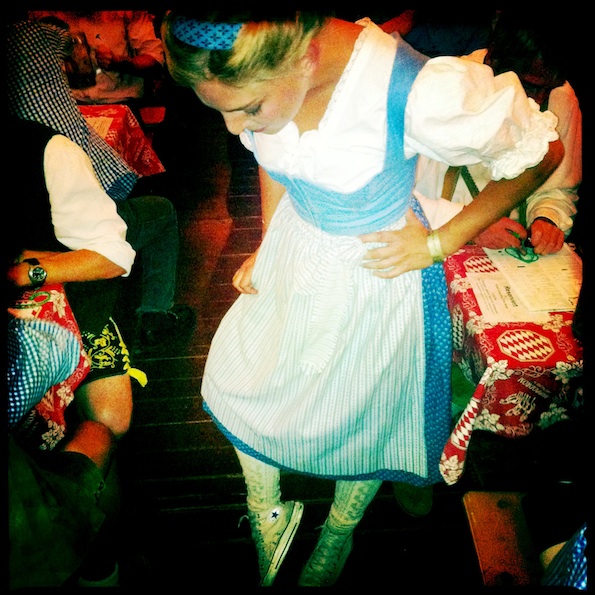 The Allgäu vintage dirndl and a pair of dirty chucks.

If you don’t have a pair of dirndl shoes. Wear your hiking boots! In fact, I think this is my favorite.

The ones above are vintage Redwing hiking boots from 1979. 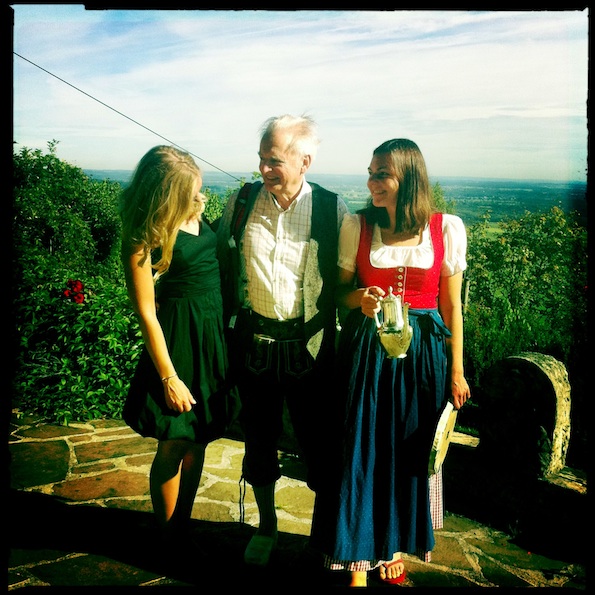 Amely always got the nicest dirdl.  This time breaking the rules nicely. Here chillig at home in flip flops.

In this movie Hertha is showing me how to wear a Dirdl. 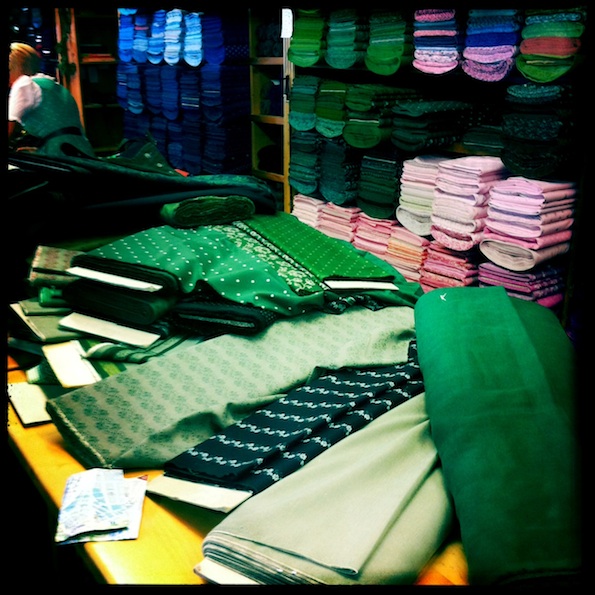 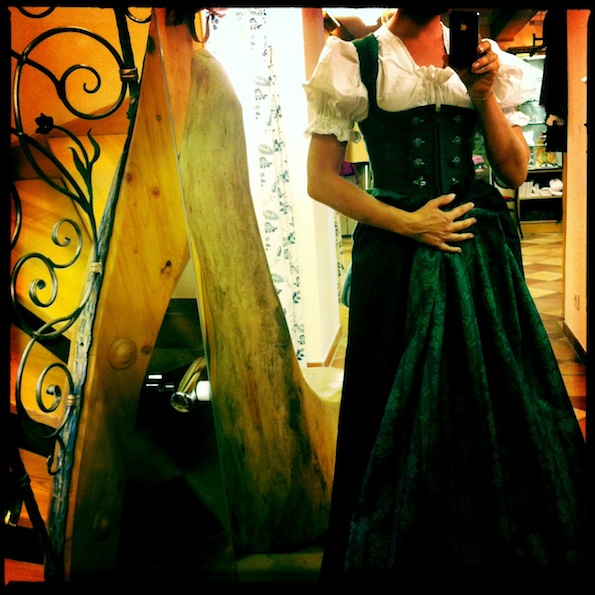 Buying dirdl fabric at  Heimatwerk in Salzburg (which is now being made into a dirdl by a 91 year old lady in Fischbachau!) 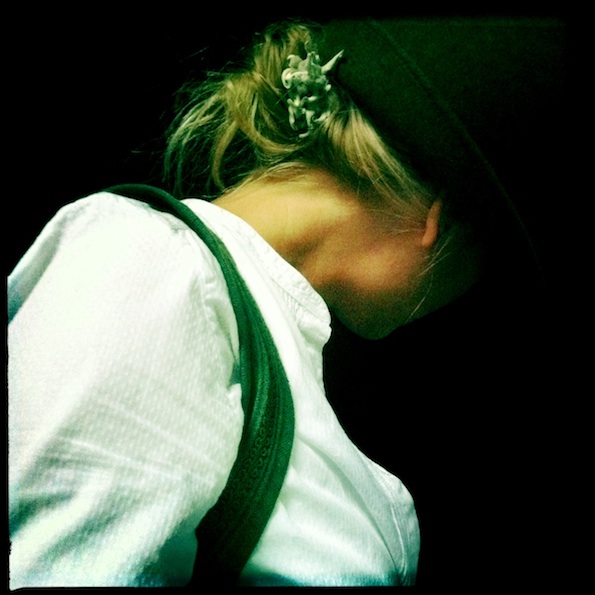 You can pimp your outfit with gadgets like the Edelweiss flower here ( given to you by a boy who climbed  up on the high rocks and risked his life to get it for you). Mine was a gift too, but I think he bought it at Q 206 .

Nadia Carroux is doing everything right in the BW picture above. Love it! Photo credit to Yorick Carroux.

ElmlidWhy I would not wear high heels for Octoberfest09.28.2013

Tel Aviv is in the house

I was not aware how poetic the Hebrew language is. Did you know that the words Sadness - עצב- and Create/design-לעצב- has...