Bread is without doubt the most important dish in Afghanistan. The most common is the Nan bread, baked in a tandoor in the ground. I experienced two different kinds of  bakeries in Kabul.

In the one kind of the bakery does all the work, from making the dough to baking it. You simply buy your bread at the bakery. The price for a bread is 1o afghan, or 18 US cents. These bakeries, as I saw it in Kabul, are usually run by men.

Then there is a more traditional kind, where the women bring their own dough, and  have the baker bake it in the tandoor for them. This was great for me, as I always have a hard time to find a bakery that want to allow me to use their oven. I was told that this is the usual kind of bakery in the villages around Afghanistan. Such bakeries are often run by a woman (and her man who is overlooking the entrance). Here the women bring a bowl of dough and shape it in the bakery themselves. They leave the dough to make a final rise close to the heat of the tandoor. Some go home and return after an hour to pick up the bread. Some stay and chat with the other women in the bakery. The Burqa is pulled up, they show their face and the blue fabric of the burqa falls down over their back like a beautiful wedding veil. It is a lot of laughing going on in the bakery. The women gossip and meet their friends here. For women, who stays home most of the day, the bakery is the place where they go and chat with other women outside of their family.

If the family have more money however, they often own their own tandoor at home. I can understand this is practical, but still, the fun and the laughs I experienced in the bakery must be valuable. 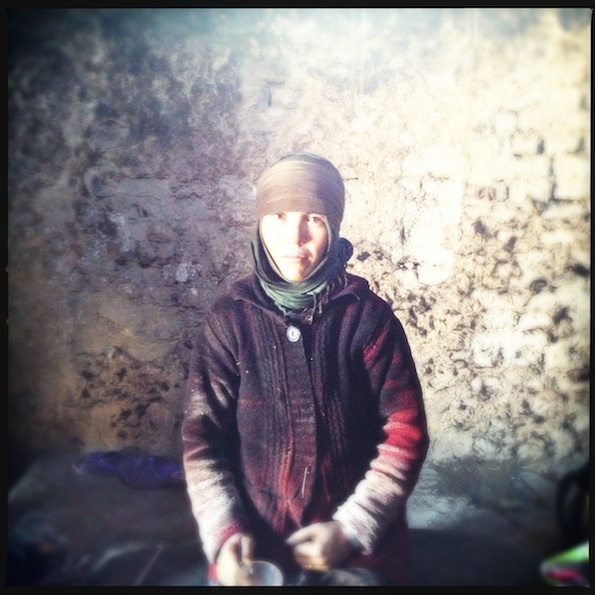 The Bakery cooker, Fatima, in the bakery where I baked in Kabul belong to the ethnic group Hazara.  It is the third largest ethnic group in Afghanistan that mainly lives in the center of the country, or in the larger cities.  The Hazaras are Shia Muslims, wheres the majority of the Afghan population are Sunni Muslims. The word Hazara most likely derives from the Persian word for Thousand, which is said to comes from the Mongol army unit of 1000 soldiers in the time of Gengis Khan. Now the word stands for a group of people and it is widely believed that they have Mongolian ancestry. There are also theories that the Hazara’ are ancestors of the Kushans, the ancient dwellers of Afghanistan who are believed to have built the Buddhas of Bamiyan.

The Hazara’ speak Hazaragi, a easter dialect of Persian, wheres the most common language in Afghanistan is Dari. After September 11th 2001 in NYC, British and American forces invaded Afghanistan. Many Hazara have became leaders in today’s newly emerging Afghanistan. Hazara have also pursued higher education, enrolled in the army, and many have top government positions. About 25% of the parliament members are Hazara’, which is a lot as the Hazara’ are only around 9% of the population (wiki).

We communicated by hands and smiles, Fatima and I. When I returned to bake again the day after, I had brought the Afghan female photographer Farzana Wahidy who could translate for me. I found Fatima so beautiful, especially when she smiled. She did not want to be photographed when she was standing. 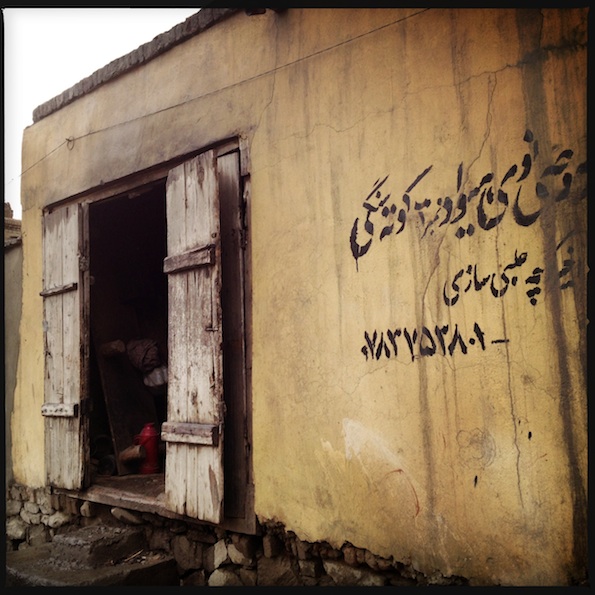 The Beautiful woman on the intro picture is a mother of 6 children and the wife of a local doctor. She had one of the warmest smiles. He sons live in Germany and in Canada. I told the Shoib and Basher, who took me to the bakery, that I found her beautiful. “But she is old!” they said to me. I told them that to me, the beauty of a woman becomes more interesting with age. If she has a happy heart-which she will have if she finds a nice husband and gets healthy children-the wrinkles in her face tells a story, far more inspiring than the  smooth face of a young woman. They thought it was funny, but liked the idea.

2 Comments on “the Bakery”

Today I met a female Afghan photographer who took me out girls shopping. It was the Only time spend without...